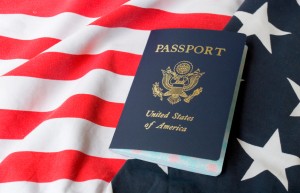 For American men, falling in love with a beautiful and exotic Thai woman is easy. The difficulty is trying bring the woman of their dreams back to their home in the United States. Dealing with the U.S. government bureaucracy is a long and document intensive process.

The process starts with an I-129F petition for alien fiancé in the United States. After approval of the fiancé petition, the case is sent to the local consulate for further processing and an interview with the fiancé. If everything goes well, the K-1 visa will be approved.

As a Green Card holder, your Thai wife can legally live and work in the United States. However, in order for her to obtain an unconditional permanent resident status, you and your wife should file a joint petition to remove her conditional status. This should be done 90 days before her Green Card expires. Failure to do this on time may cause her to lose her conditional status and be returned back to Thailand.

As a permanent resident of the United States, your fiancée will be able to enjoy many of the rights and privileges granted by the U.S. Constitution without giving up her Thai citizenship.

In many cases, the culmination of all these tedious immigration processes of the successful adjustment of status is the granting of U.S. citizenship to your Thai wife. The application for citizenship can be filed three years after your wife received the initial conditional permanent residency status.

Requirements for a K1 & K3 Visa

Why use a K1 Visa lawyer?